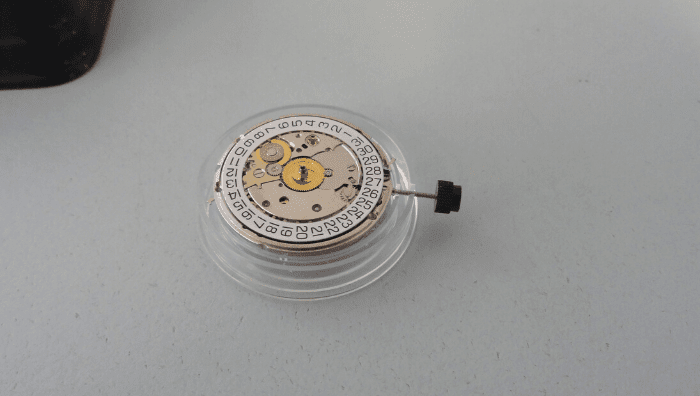 Today we’re going to discuss the movement we chose to power our first collection of timepieces, the Eta 2824-2. The 2824-2 is one of the most well-known movements in the industry, commonly referred to as a “workhorse”, so it was the perfect movement to help Endatto get off the ground. The last thing we wanted was for potential customers to question the heart and soul of the watch – the thing that keeps it ticking.

This is a mechanical movement, however it is an automatic mechanical movement, which is also known as a “self-winding” movement. Invented in the late 1770s and first built into publicly available pocket watches in 1780, the automatic movement has been around for centuries. However, it took almost 150 years for technology and manufacturing to advance to a point where the movement would be reliable enough for everyday use. With the onset of World War I, the use of pocket watches declined, and the use of wrist watches dramatically increased. This forced the realization that a watch swinging on the wrist will create more energy than a watch sitting in a pocket, and with that the first automatic wristwatch was patented in 1923 by an English watch repairman named John Harwood. By 1928, Harwood was churning out the first mass-produced automatic movements from a factory in Switzerland.

What differentiates an automatic mechanical movement from a manual mechanical movement is an oscillating weight, or rotor. Seen through the exhibition caseback featured on every Endatto watch, the oscillating weight is the outermost piece of the movement. The motion of the wearer’s wrist causes the oscillating weight to spin, winding the mainspring, which is where the power is stored. The energy accumulated in the mainspring while the watch is worn is what keeps it ticking once it is removed from the wrist and sitting motionless. At that point, the power reserve kicks in as it waits to be worn again.

The 2824-2 has a power reserve of 38 hours, meaning that once this watch is fully wound it will continue to keep proper time for 38 hours, even if sitting idle off of the wrist. The 2824-2 has a frequency of 28,800 VpH, meaning it beats eight times per second, and it features 25 jewels. Jewels are used within every mechanical watch in place of bearings, to decrease wear-and-tear on the internal components of a watch. Synthetic rubies are oiled and set within the gears to reduce friction and absorb heat, two things rubies are ideally suited to do. The 2824-2 is 25.6mm in diameter and 4.6mm thick, making it the perfect size for a vast array of watch types. Finally, the 2824-2 displays the hours, minutes, sweeping seconds, and the date, in this case at 3 o’clock on the dial.

The benefits of the 2824-2 are broad. Since it is so well-known and widely used, finding someone to properly service it is nowhere near as difficult as many of the more rare movements in the market, where spare parts are difficult to find. Furthermore, there are a number of other movements in the industry that use the 2824-2 as the base of the design before being tweaked to make these new movements proprietary. However, with our watches you know you are getting a true Swiss-made movement from one of the most well known suppliers on the planet, and more importantly the creator of the original that has been copied over and over.

We’re very proud that we were able to use this movement in our first collection. We certainly had plenty of similar options that would have cost less, but Eta’s association with reliability and the company’s name recognition throughout the industry pushed the 2824-2 over the top. It is vital that every customer is confident in their purchase, and the 2824-2 has proven over and over again through the years that there’s nothing like the original.

STAY UP TO DATE

Stay in the loop and sign up to be notified about all things Endatto.